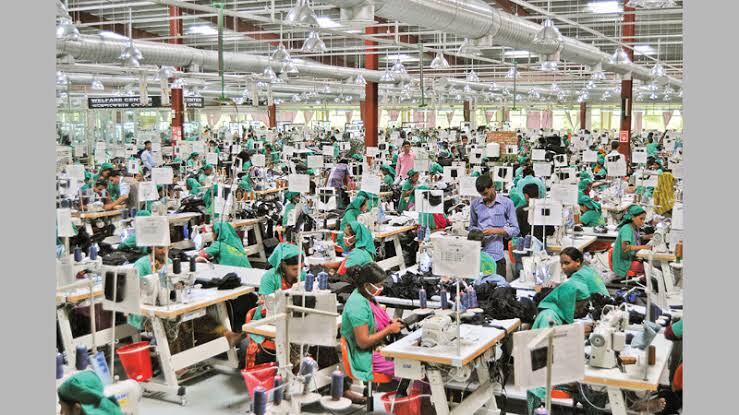 More than 500 piece of clothing industrial facilities in Bangladesh capital Dhaka and Chittagong revived early this week following a month-long conclusion to forestall the spread of the novel coronavirus. Laborers living close to the processing plants are the first to come back to the creation lines, as per Rubana Huq, leader of the Bangladesh Garment Manufacturers and Exporters Association (BGMEA).

At any rate 856 processing plants will be revived soon, Huq stated, including that she was feeling the squeeze to revive production lines after the COVID-19 flare-up cost the article of clothing industry more than $3 billion in orders that were dropped or suspended, a worldwide newswire announced.

Bangladesh started its coronavirus lockdown in late March, when processing plant proprietors halted creation separated from some sewing of individual insurance hardware. Laborers left the capital, Dhaka, and the close by Narayanganj and Gazipur territories in waves, making a beeline for their town homes. 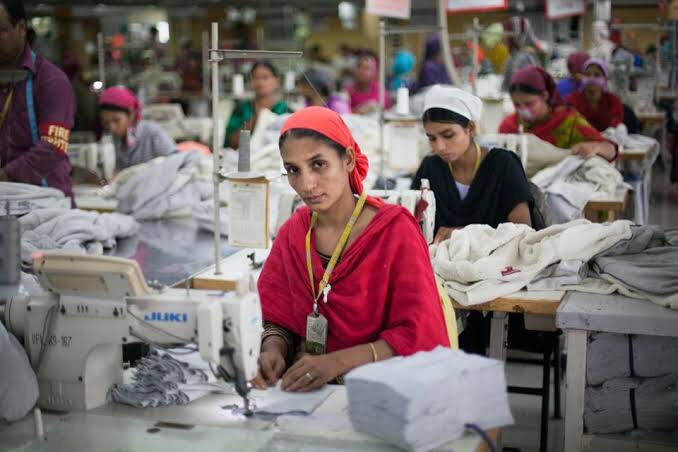 The Netherlands has assured Bangladesh that the Dutch buyers will not cancel or suspend their orders from the Bangladeshi readymade garment (RMG) factories.

Minister for Foreign Trade and Development Cooperation Sigrid Kaag conveyed it to Foreign Minister AK Abdul Momen and mentioned that the Dutch government would ensure that the RMG value chain would not be disrupted, reports UNB.

Kaag called Momen on Wednesday to talk about the impact of coronavirus, and to discuss way forward.

In the telephone meeting, Momen raised the issue of cancellation of orders by different European brands and buyers, and pointed out that $3.18 billion worth of orders have already been cancelled or suspended by international buyers, affecting 1,150 factories and 2.28 million workers.

He urged the Netherlands to ensure that buyers and brands from the country do not cancel their orders with RMG factories in Bangladesh.

The challenges arising because of COVID-19 pandemic, and the way forward was discussed in details during the telephone call between the two Ministers. Minister is also interested for dealing Bangladeshi CE certified PPE and medical uniforms.

Minister Sigrid Kaag informed that the Dutch Government has set up a fund of 100 million Euros to help countries that need support because of COVID-19 pandemic.

She informed that countries that are interested to use the fund would need to request for allocation.

On Rohingya crisis, Foreign Minister Momen explained to Minister Kaag that the around 500 Rohingyas who are on two boats are not in or even near the Bangladesh maritime border.

He pointed out that according to the law of the seas, other countries in the region have responsibilities to save the Rohingyas.

Dutch Minister agreed that if Bangladesh continues to rescue boat loads of Rohingyas again and again then it may work as a decoy for Myanmar and encourage them to push more Rohingya to the deep sea.

Minister Kaag assured Dr Momen that her country would continue to strongly support the Rohingyas in their journey for justice and accountability.

Foreign Minister Momen thanked Minister Kaag for the Dutch support to Bangladesh on developing the Bangladesh Delta Plan 2100, and sought continued support, which was assured by the Dutch Minister.

On the issue of FDI, Bangladesh Foreign Minister mentioned that FDI would be negatively affected by the COVID19 pandemic, and requested for Dutch technical assistance in FDI in the areas of agriculture and fisheries.

Minister Kaag responded positively to the request, and mentioned that the Netherlands would be ready to support Bangladesh in this regard.

The ministers also talked about support in the area of addressing the challenge of river erosion in Bangladesh.

Dr Momen also raised the issue of impact of COVID-19 in Middle East, where 11.2 million Bangladeshi expatriate workers have lost their jobs.

He also pointed out the importance that their remittance plays in the economy of Bangladesh.

Dr Momen informed the Dutch Minister that Bangladesh had approached the governments of Middle East with two specific requests: to ensure that the Bangladeshis, including those who have lost their jobs, do not starve; and to ensure 6 months’ salaries for the Bangladeshi workers who had been terminated.

Minister Sigrid Kaag replied that she would talk to Dutch ambassadors in that region.

In the telephone meeting that lasted close to half an hour, both Ministers agreed to work together on issues of common and global interest.